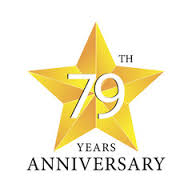 We are very proud to announce our 79th year in business this year for the local area, still family owned and headed up by an award winning director with a very experienced, well stocked and professional team.

We are the only company in your area to have this record of 79 years in actual business, with the local experience of selling homes from your first time buy to some of the most prestigious homes on the South Coast. Not combined experience! Actual experience, passed from generation to generation!
No one knows the market like your local dedicated agency and we are here for you every step of the way!. From selling to renting or even just to have some friendly advise about the housing market we are only a call away. Tel: 02380 404055

The housing market had a slow start to the New Year. Typical of this time just after Christmas and some with a little doubt in their minds about what is going to happen about Brexit ( ive heard this a few times). Now coming towards the end of winter, the houses are starting to sell again and March is now approaching which we predict to be a great month for local house movers.

We have a great PM to head up the country this year and lots to look forward to. So although its easy to look at the doom and gloom of brexit. Its actually become a time to prosper. I’ve never known so many young and older entrepreneurs springing ( literally) into action. Plenty of ideas about trading abroad and some already negotiating deals, it’s a pleasure to hear about this and something we have historically been well known for. So for the housing market, (we had a glitch for a minute) and now we have the start of people investing and looking forward. Great for the general market place.

• Investors are still buying, buy to lets due to the low interest rates.
• The bank of England, are not of the opinion at this time to increase the interest rates according to the latest news.
• Fixed rate mortgages are really popular and seem to be at a record low with a lot of banks.
• Variable rates are incredibly competitive.
• Saving on stamp duty still applies
• Help to buy schemes for first time buyers still in place for newly built homes. (With certain developers).
• The £ is now stabilizing after the Brexit scare, but fairly low compared to the historic worth. This means temporarily some foreign investment.

WOW not so bad after all??

Looking closer at our market place….

Observation’s of the area has shown steady growth in comparison to other markets, which means we are overdue for lots more purchasers in our immediate housing area. As opposed to those hikes and huge dips we see in the London market and similar locations.

Locally the development is starting to take shape, in numerous locations, some of which have actually enhanced sites which were poor and in need of general up keep. Others have increased traffic levels to some of the local people, but overall it is in our opinion developments which were overdue for a lovely area, others would like a chance to live in and grow with their families.

Change is always a tough path to bare at first, but for those that work with others well it seems to be a great way to increase numbers to create more of a community.

Our immediate location has seen a new community centre and its already made an positive impact to local people.

So all together a positive forecast for 2017!